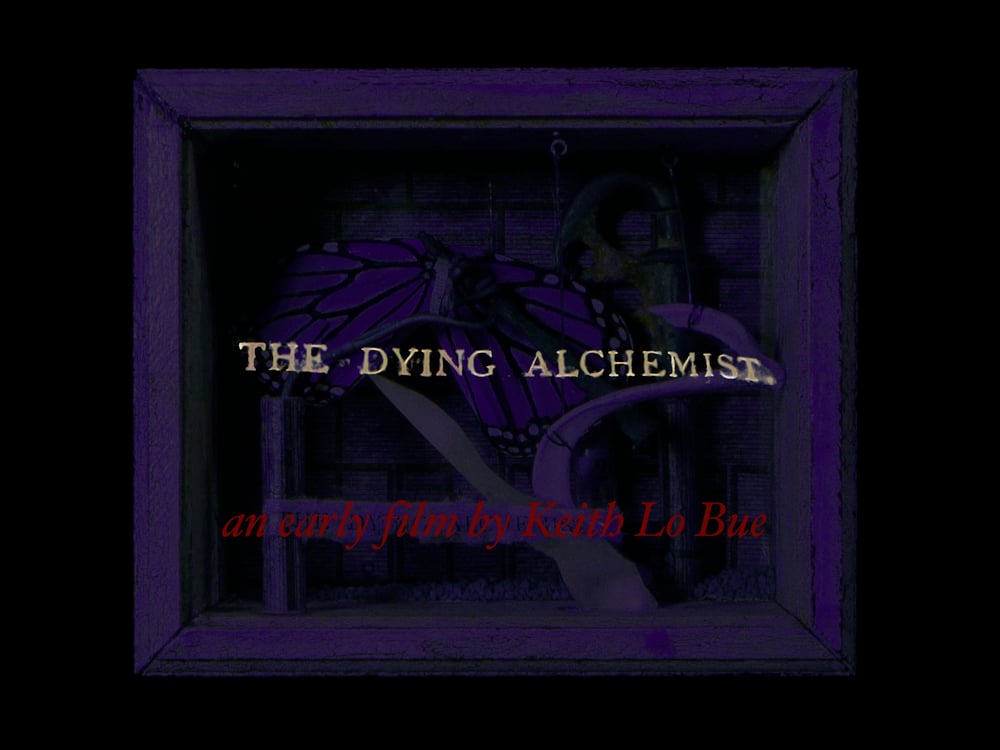 During the winter of 1994 I was invited to do a residency at a Connecticut high school, where I would work closely for a week with a small group of students with behavioral difficulties who were showing keen interest in visual art.

In order to illustrate to the students the way in which I make my own work, I filmed myself (with a massive VHS camcorder and a tripod) creating a small box artwork in my basement studio in Westport, Connecticut.

I had been making these found-object pieces for six years by that stage, and this was the studio where it all began.

It was a thrilling week of coaxing these kids from their everyday troubles into a nurturing creative space. The film was well-received by the students, and I showed it several times to subsequent student groups.

One thing I hadn't considered at the time was the importance of documenting my working method for myself.

'THE DYING ALCHEMIST' (originally titled "Creating Box Sculpture - or Art-While-U-Wait") becomes a window into the early days of my creative work with 3D materials.

This film thus served as a subconscious blueprint when, nine years later, my partner Irena and I filmed 'WITHIN AND WITHOUT'.

Your purchase will give you permanent private access to stream the film. I will email you the link after payment is made (allow up to 24 hours due to time-zone differences).

Please do not share your private link as this is very much need income for me, especially during these diifficult times. Thanks!